Sharon Mannion is a comedian and writer best known for her role as ‘Concepta’ in the RTE 2/UKTV hit comedy, ‘Bridget & Eamon’.

She recently won a Writers Guild of Ireland Zebbie Best Radio Script Award for her RTE Radio 1 play ‘Stuck’, and the radio version of her highly successful one-woman comedy show ‘The Curse of the Button Accordion’ was nominated for a Celtic Media Award in 2019. She also recently wrote and recorded, ‘Treading Water’ with Sideline Productions for RTE Radio 1 as part of their highly successful Comedy Showhouse series.

She is a co-writer on ‘Blasts from the Past’, a historical sketch show for RTE with Firebrand Productions, and wrote and produced ‘Screentime’ with Lucky Punch productions for RTE Jnr and has written political satire for ‘Callan’s Kicks’ on RTE Radio 1, and recently wrapped as a writer and performer on ‘You Couldn’t Make It Up’, a topical comedy panel show for Newstalk FM.

Sharon has also worked as a script writer and performer on several seasons of ‘Republic of Telly’ RTE 2, co-wrote and produced ‘Tidy’, a comedy mini-series centred around the Tidy Towns Committee of a small rural town, for ‘Comedy Bites’, a digital short initiative for RTE Player, and also wrote and performed for The Nualas, on their ‘Lock Up Your Husbands’ nationwide tour.

For tonight’s performance she is supported by comedian Ian Coppinger

One of Irelands busiest comedians award winning Ian is a regular on the world comedy circuit having played to packed houses at the Edinburgh, Melbourne, Montreal Just For Laughs, Galway, Electric Picnic, Glastonbury, Glasgow, Dublin, Adelaide, Perth, Brisbane and Wellington comedy festivals. Ian is also one of a handful of acts who has been invited back year after year to perform at the Kilkenny Cat Laughs Comedy Festival since 1995 and has performed throughout Europe,  North America, the Middle East and Far East. A regular on all the major stages in Ireland and the UK, Ian has become a regular compere at the world famous Comedy Store in London 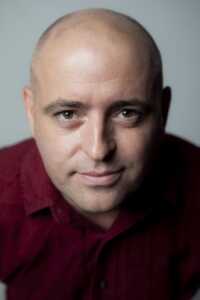 Remember that July 20th to 29th are the dates for Boyle Arts Festival 2023 and we are currently putting together a brilliant line-up!This year's ten day Festival will feature over 40 events bringing the finest art, music, drama and lots more to the town.Look out here for further updates, announcements of events and details on ticketing.Here is a little throwback video to BAF 2019 ... See MoreSee Less

Boyle Arts Festival 2023 will open on Thursday July 20th and continue until Saturday July 29th, so if you are already planning for summer, put those dates in your diary, calendar or phone now!!We are currently putting together a stellar line-up and this year's ten day Festival will feature over 40 events bringing the finest art, music, drama and lots more to the town.Look out here for further updates, announcements of events and details on ticketing. ... See MoreSee Less

Wishing everybody a peaceful Christmas and a new year filled with health and happiness.🌲🌲❤😊 ... See MoreSee Less

The King House Piano CommissionRoscommon County Council Music Commission 2023The King House Piano Commission 2023 marks the third and final in a series of music commissions by Roscommon County Council, in celebration of the grand piano at King House. The Steinway Grand Piano was purchased by Roscommon County Council in 1998 through the Arts Council Joint Purchase Scheme.The commission will also celebrate the history and heritage of the county through uplifting, exceptional music, reflecting the lives of Roscommon people in 2023. The first commission was awarded to Ryan Molloy and premiered online as part of Boyle Arts Festival in August 2021 – this is a link to the film https://youtu.be/mPj-oK2xkiM. The 2022 commission was awarded to Ronan Guilfoyle and was premiered live in concert as part of the Boyle Arts Festivalhttps://youtu.be/TxvxfOEat50.This year’s commission invites composers to respond with a work for solo piano which is inspired by and responds to a text of the composer's choosing that has a connection to King House and/or Boyle and the environs. https://www.visitkinghouse.ie/ There will be three separate solo piano works chosen as part of the commissioning process, to be premiered together in concert alongside readings of the texts whichhave inspired the new piano works. Each solo piano work will be a maximum of six minutes in length.The text chosen by the composer as inspiration for the instrumental work can be in Irish or English and from any genre of literature. The text should be included as part of the application.The solo piano works will be performed by Roscommon pianist Peter Regan at the premiere, during Boyle Arts Festival on Friday 28th July 2023. Commissioned composers will be required to attend the premiere of the performance.Peter Regan has played in venues internationally including New York’s Carnegie Hall, Dublin’s National Concert Hall and the Four Seasons Centre for the Performing Arts in Toronto. Peter earned his Bachelor of Music degree from the Glenn Gould School of Music, Toronto studying under John O’Conor in 2018,and his M.Mus from the Royal College of Music having studied with Gordon Fergus-Thompson. Peter founded the Fulham Chamber Music Festival, London and the Roscommon Chamber Music Festival 2022.For details on how to apply, please follow this link https://cmc.ie/opportunities/… Completed applications should be emailed by 12 noon on January 11th 2023 toartsofficer@roscommoncoco.ie, with the subject King House Piano Commission. ... See MoreSee Less

There are two fabulous Classical piano concerts in aid of the Irish Cancer Society coming up in King House on this Sunday, December 18th. Lenny Chen and friends at 2pm and Denis Yavorsky at 7pm.Tickets priced €15 available from Taylor's Jewellers, Kelly's Londis, New Tai Chi Court restaurant, Boyle Craft Shop at King House and at the door. These two talented musicans 🎹 will be performing in King House on Sunday the 18th December. All proceeds are in aid of the Irish Cancer Society ... See MoreSee Less