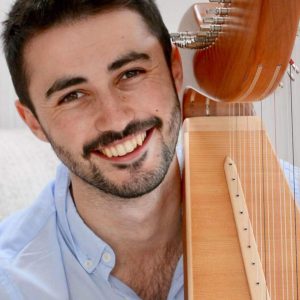 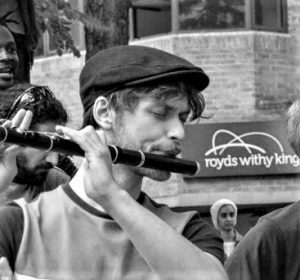 Luke Webb is a recent graduate of the TU Dublin Conservatory of Music and Drama where he completed the Bachelors of Music in Performance degree specializing in Pedagogy. Luke has received multiple prizes with the ESB Feis Ceoil, the All Ireland Fleadh as well as in the TU Dublin Senior String recital competition. He has participated in masterclasses with Gráinne Hambly and Maeve Gilchrist. He has debuted original compositions such as ‘The Centenary Jig’, ‘Fredo’s Lullaby’ and ‘Nature’s Chorus’ nationally and internationally.

Jack Hennessy is a Traditional Flute, Bodhrán and Whistle player from Kildare. He recently graduated the TU Dublin Conservatory of Music and Drama, completing a degree in Music Performance and Pedagogy. He is an active member of the TU Dublin Harp ensemble, Traditional ensemble, as well as a member of the trad trio, ‘Préachán’, who won the confucius prize at the Wales International Harp Festival world music competition in 2018.

The programme is a selection of Traditional airs and jigs

« Insights into the Streetscape of Boyle : Town Walk with Tony Conboy» Breffni Players: Out with a Whisper