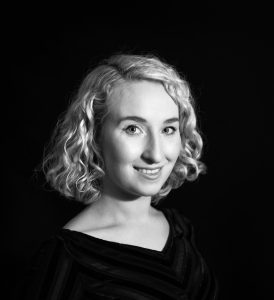 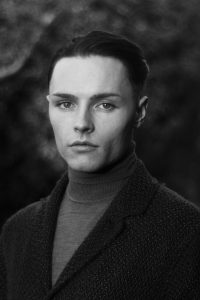 iliAmi Hewitt is a graduate of the BMusEd degree in DIT conservatory of music and drama and Trinity College Dublin. During her studies she majored in vocal performance working with her teacher Colette McGahon-Tosh and repetiteur Mary Scarlett, and continues working with Colette and Aoife O’Sullivan in DIT. Ami has participated in masterclasses with Paul McNamara, Patricia Bardon, and Orla Boylan. She also worked with Ailish Tynan during her time as a young artist at Clandeboye festival with Camerata Ireland, and with Ingrid Surgenor, Katherine Harries, Simon Lepper and director Walter Sutcliffe as a finalist in Northern Ireland Opera’s festival of voice. Oratorio appearances including Jenkins’ The Armed Man and Rutter’s Gloria with Our Ladies Choral Society and Dublin Brass ensemble. She has performed in a number of Opera gala concerts, including Glasthule opera gala with the Glasthule orchestra conducted by David Brophy. Irish National Opera invited Ami to sing the role of ‘Dew fairy’ (Hansel and Grettle) in The Young Artist showcase with the RTE concert orchestra in Bord Gáis Energy Theatre while working with them as a chorus member for their production of ‘Aida’ last year. This season she has featured in the INO chorus for their productions of ‘Madama Butterfly’ and ‘The Magic Flute’. Awards and bursaries include The Kennedy award for outstanding performance at Arklow music festival, The Lieder  monetary prize and other first prize awards in Sligo feis ceol, and most recently the Individual Artist Bursary award and Anette Halpin Music Award from South Dublin County Council.

Oisín Ó Dálaigh is a young tenor studying under Stephen Wallace in the Conservatory of Music and Drama. Oisín has a first class honours degree from the conservatory and with the opera ensemble therein has performed as Don Curzio in Mozart’s The Marriage of Figaro, as the first elder in the conservatory’s adaptation of Handel’s oratorio Susanna, and most recently as Phillipe d’Aguilar in Michael William Balfe’s operetta The Sleeping Queen. Other roles include Goro in Pucinni’s Madama Butterfly, Monostatos in Mozart’s The Magic Flute, Francesco in Gilbert and Sullivan’s The Gondoliers, Normanno and Arturo in Donizetti’s Lucia Di Lamermoor. Oisín’s chorus engagements comprise a multitude of operas with Wide Open Opera, Opera Theatre Company, Irish National Opera, Lismore/Blackwater Valley Opera Festival, Norfolk Opera Festival, and North Dublin Opera. Oisín is delighted to be singing in Boyle Arts Festival 2019 among musicians of such high calibre and hopes you enjoy the performances.

Congratulations to all at Cartoon Saloon on yet another Oscar nomination. 😊 Tomm Moore and Ross Stewart’s Wolfwalkers, produced in Kilkenny, has been nominated as best animated feature for the upcoming 93rd Academy Awards.Boyle man Paul Young is a founder and CEO of Cartoon Saloon and this is the Irish studio’s fourth nomination in the category and, locked in an apparent two-horse race with Pixar’s Soul, offers them their best chance yet to win the prize.Moore told The Irish Times: “I’m delighted on behalf of all our wolfpack here in Kilkenny and in France and Luxembourg – it’s a fantastic achievement for the studio. Ross and myself are delighted all our hard work on the three movies based on Irish folklore have been recognised by the academy.” The film completes Moore’s folklore trilogy, which began with The Secret of Kells and continued with Song of the Sea. ... See MoreSee Less

Internationally renowned pianist Michael McHale has been a regular and welcome contributor to Boyle Arts Festival over the years and we are delighted to share this special online concert, which was recorded on Sunday last. The concert features the digital world premiere of Áine Mallon’s 'Raindrop Prelude' and also includes Beethoven’s 'Appassionata Sonata'. In 2020, composer Áine Mallon was commissioned to compose a piece of music for Michael in response to the 'Appassionata Sonata', in celebration of Ludwig van Beethoven’s 250th anniversary. Michael was due to premiere the work with a tour of Northern Ireland, but for obvious reasons that had to be postponed.The tour will take place in early 2022 but in the meantime, take 30 minutes to enjoy this wonderful recorded concert! ... See MoreSee Less

From 'Hall's Pictorial Weekly'. Broadcast on RTÉ Television on this day in 1976.This clip courtesy of RTÉ Archives. ... See MoreSee Less

The people and town of Boyle in County Roscommon are the stars in this opening sequence for 'Hall's Pictorial Weekly'.
View on Facebook
· Share