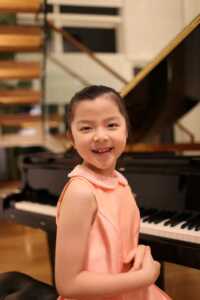 Tiantian Gao is 8 years old and studies the piano with Shirin Goudarzi- Tobin at the TuDublin Conservatoire.   As a five year old, Tiantian won first prize at the Liszt International Youth Piano Competition in Shanghai/China, and since then she has continued to enjoy success at competitions internationally and in Ireland. Her most recent awards include the first prize in Euregio International Piano Competition 2022 (Category A) as well as the first prize in both Feis Ceoil Junior Piano Solo (E) and Junior Piano Duet (C). Tiantian is a student at Rathdown Junior School and in addition to playing the piano, she also enjoys playing the flute, drawing and swimming. 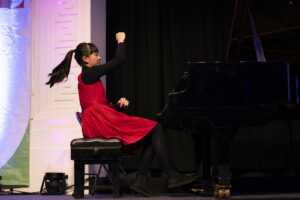 Ai Lin Sun (15 ) lives in Dublin and started to learn piano in 2017. She has been studying in TUDublin with Dr David Mooney since 2019. In 2021, she won 1st prize in both the Rhona Marshall Cup and John Field Cup at the Feis Ceoil. This year, in 2022, she won three further competitions in the Feis Ceoil; the Patricia Read Cup, the Claude Biggs Cup and Junior Concerto competitions. 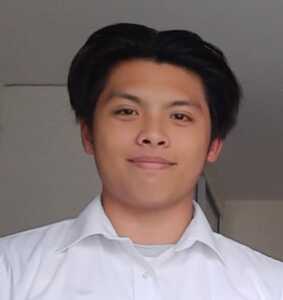 Mickey Glen Tomas was born in Dublin in 2004. His began to learn piano at the age of 7 in the Newpark Academy of Music. At the age of 13, he moved to DIT Conservatory of Music and Drama, now TU Dublin Conservatoire, to continue his musical studies, under the junior program. Now in 6th year, Mickey continues to study piano under Dr David Mooney.
Mickey has performance experience both in competitions and recitals and is a prizewinner in TUDublin, Feis Ceoil the EPTA competition. He has played in venues such as the National Concert Hall and the RDS.

Two fabulous piano concerts in King House on Sunday, December 18th, with Lenny Chen and friends at 2pm and Denis Yavorsky at 7pm.All proceeds towards the Irish Cancer SocietyTickets, priced €15 each available from Taylor's Jewellers, Kelly's Londis and at the Boyle Craft Shop beside King House.Main photo by Sean O'Dowd. ... See MoreSee Less

This is fantastic news for Boyle and the surrounding area!We at Boyle Arts Festival are delighted with today's announcement and we would like to welcome the Night and Day Festival to Lough Key Forest Park next summer. We would like to congratulate the organisers for securing the beautiful surroundings of the Forest Park for the two day music Festival and we wish them every success in their new home. :) We have always said that there is enough room for an entire summer of Festivals in the area and this will only enhance Boyle's reputation as a cultural hub of music and art in the North West. We wish Brendan, Louise and all the organisers the very best of luck and every success with Night And Day 2023. ... See MoreSee Less