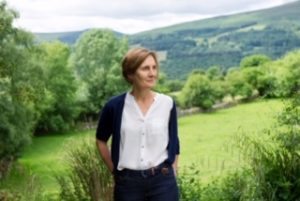 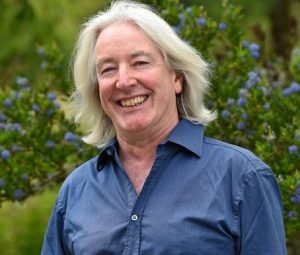 Roscommon poet, Jane Clarke will read from her new publication, All the Way Home, written in response to the Auerbach family archive of letters and other memorabilia in the Mary Evans Picture Library, London. This book of poems and photographs explores the experience of the First World War for a young officer at the Front and his sister at home, telling one story amongst many, a testimony to lives lost and maimed.

Jane Clarke’s first collection, The River, was published by Bloodaxe Books in 2015, and was shortlisted for the Royal Society of Literature’s Ondaatje Prize. She won the 2016 Hennessy Literary Award for Emerging Poetry and the inaugural Listowel Writers’ Week Poem of the Year Award 2016. Her illustrated sequence of WW1 poems, All the Way Home, is published by Smith|Doorstop in April 2019 and her second collection, When the Tree Falls, is published by Bloodaxe Books in September 2019. Originally from a farm in Roscommon, she now lives in Wicklow and works as a creative writing tutor and facilitator.

Brian Leyden will read from Summer of ’63, a novel set during the early 1960s in the Boyle area in which an army ‘crackshot’ arrives into a tight-lipped coal mining community to hunt a mystery wildcat believed to be responsible for the drowning of a school boy. His efforts are hampered by undiagnosed post-traumatic stress following a tour of duty with Irish Army peace-keeping forces in the Congo.

Brian Leyden is a novelist, short story writer, memoirist, screenwriter and editor. He has written extensively about his home area for RTÉ’s Sunday Miscellany. His radio documentary work includes No Meadows in Manhattan, Even the Walls Were Sweatin’, The Closing of the Gaiety Cinema in Carrick-on-Shannon and An Irish Station Mass. He is also co-writer of the feature film, Black Ice.  Most recently he completed a Famine Attic audio piece for the Carrick-on-Shannon Workhouse. He contributed to Winter Papers Vol II, Writing Ireland: 250 Years of Hodges Figgis (2018). His current publications are Sweet Old World: New & Selected Stories, his memoir The Home Place and the novel Summer of ’63.

Congratulations to all at Cartoon Saloon on yet another Oscar nomination. 😊 Tomm Moore and Ross Stewart’s Wolfwalkers, produced in Kilkenny, has been nominated as best animated feature for the upcoming 93rd Academy Awards.Boyle man Paul Young is a founder and CEO of Cartoon Saloon and this is the Irish studio’s fourth nomination in the category and, locked in an apparent two-horse race with Pixar’s Soul, offers them their best chance yet to win the prize.Moore told The Irish Times: “I’m delighted on behalf of all our wolfpack here in Kilkenny and in France and Luxembourg – it’s a fantastic achievement for the studio. Ross and myself are delighted all our hard work on the three movies based on Irish folklore have been recognised by the academy.” The film completes Moore’s folklore trilogy, which began with The Secret of Kells and continued with Song of the Sea. ... See MoreSee Less

Internationally renowned pianist Michael McHale has been a regular and welcome contributor to Boyle Arts Festival over the years and we are delighted to share this special online concert, which was recorded on Sunday last. The concert features the digital world premiere of Áine Mallon’s 'Raindrop Prelude' and also includes Beethoven’s 'Appassionata Sonata'. In 2020, composer Áine Mallon was commissioned to compose a piece of music for Michael in response to the 'Appassionata Sonata', in celebration of Ludwig van Beethoven’s 250th anniversary. Michael was due to premiere the work with a tour of Northern Ireland, but for obvious reasons that had to be postponed.The tour will take place in early 2022 but in the meantime, take 30 minutes to enjoy this wonderful recorded concert! ... See MoreSee Less

From 'Hall's Pictorial Weekly'. Broadcast on RTÉ Television on this day in 1976.This clip courtesy of RTÉ Archives. ... See MoreSee Less

The people and town of Boyle in County Roscommon are the stars in this opening sequence for 'Hall's Pictorial Weekly'.
View on Facebook
· Share